Photos, and maybe a geeky blog post or two!

The hallmarks of that win: Redemption, trust and resilience

CHAWK TALK: Everything being said about the Seahawks 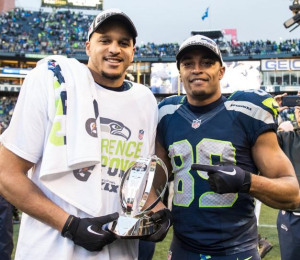 Other than a trip to the Super Bowl, those were the themes of the Seahawks’ historic comeback win over the Green Bay Packers, 28-22 in overtime, on Sunday.

Wilson threw four interceptions — all on passes intended for Kearse, who had two go off his hands — and Baldwin fumbled on a kick return and dropped two passes himself.

But all three redeemed themselves on the winning drive in overtime — Wilson hitting Baldwin twice for 45 yards and then finding Kearse for the winning 35-yard touchdown.

After the game, Wilson and Kearse were overcome with emotion after their rollercoaster day.